Women and Young Power to Ensure Early Warning for All

Published by A M Nasir Uddin

The world today is witnessing rising number of disasters with higher intensity due to climate change. According to The Global Assessment Report (GAR2022), 350 - 500 medium to large-scale disasters took place every year over the last two decades, which is predicted to rise even higher. By 2030, the number of disasters is projected to reach 1.5 each day. The scenarios are particularly worse in disaster-prone countries in the Global South due to their poorly resourced risk reduction mechanisms and lack of insurance to aid in recovery efforts. This begs the question – how do we put an end to this? 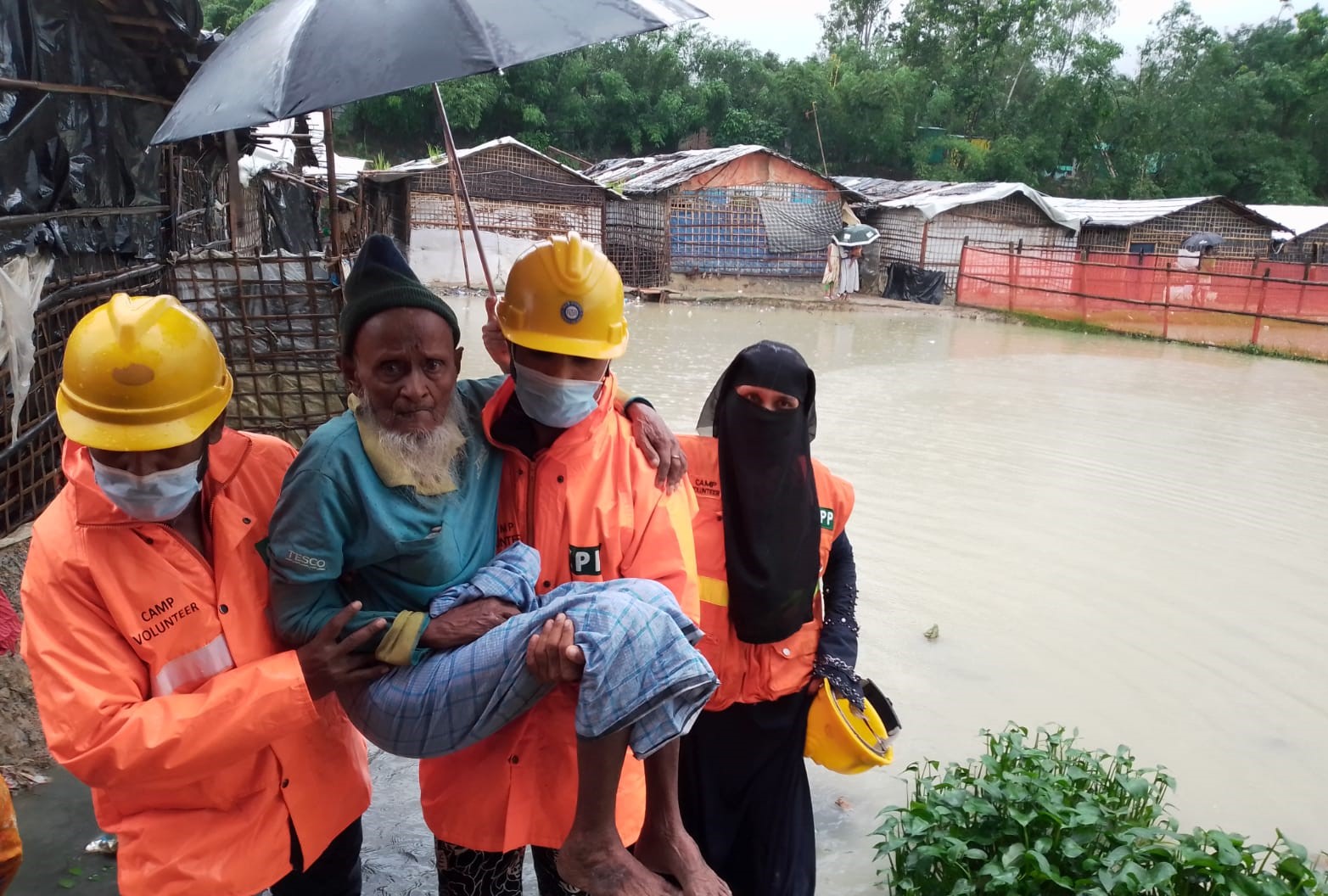 According to the UNDRR “The primary goal of the Sendai Framework is to avoid creating new risk and reduce existing risk. However, when that is not possible, people-centered early warning systems and preparedness can enable early action to minimise the harm to people, asset and livelihoods.”

The UN Secretary-General António Guterres also highlighted the importance of early warning system. He said, “the United Nations will spearhead new action to ensure every person on earth is protected by early warning systems within five years” in March 2022.

So, if early warning is the answer, why are countries still lagging in utilising it?

At present, different countries are practicing different modalities to deliver early warning to the targeted communities in the grassroots. In Bangladesh for examples, multiple departments generate early warning for different hazards. Flood Forecast and Warning Center (FFWC) provides early warning on flood and Bangladesh Meteorological Department (BMD) provides warning on precipitation, heatwave, cold wave, and storm. But the challenge is early warning is not enough if information does not reach everyone on time and is not translated into preventive actions.

The early warnings in Bangladesh are delivered in a generic language to cover a wide range of stakeholders. However, the targeted communities often lack in getting timely information. In addition, even if they do get early warnings, they don’t get translated into immediate preventive and early actions. As a result, potential loss and damage cannot be avoided.

In Bangladesh, the cyclone SIDR response report unveiled that most of the women lost their lives due to lack of information, gender stereotyped taboos and lack of preparedness skills. Evidence also shows that women and adolescent girls remain highly vulnerable to violence during any disaster.

These findings highlight a very critical impediment in disaster response: a big part of the population at risk stays at risk because of the societal taboos and lack of empowerment.

The only silver lining is the solution lies in the community.

Firstly, to effectively use early warnings, community engagement can play an instrumental role. Through community mobilisation, early warnings received from national level can be quickly and effectively disseminated among the targeted at-risk population. This has already been tried and tested out in Bangladesh.

Since 1972, Cyclone Preparedness Programme (CPP) of Bangladesh has been working to reach the coastal communities of the country with early warning by engaging people from the community. CPP is now a globally recognised and awarded programme, engaging 76,000 community volunteers, of which 50% are women. ActionAid Bangladesh is a proud partner of this flagship programme. The organisation provides technical support to CPP to ensure a congenial working atmosphere for the women volunteers, ensuring gender equality in the workforce. Such initiative needs to be expanded a lot more so that more vulnerable people can benefit from it.

Secondly, women need to be empowered to be prepared for and respond to disasters. ActionAid Bangladesh, since 2013, has emphasised in ‘Women-Led Emergency Response’ (WLER), a signature approach to disaster risk reduction. This approach ensures the most vulnerable group of any disaster the women - can be empowered to play an active role in saving their and their community’s life and livelihoods. This approach also challenges the deep-rooted patriarchy and stereotype, that does not allow women to participate or lead the process of disaster preparedness and response.

The Women-Led Emergency Response has worked across the globe, including Philippines, Vanuatu and in other countries where ActionAid works. It can also benefit people living in urban settings and that is exactly why the existing humanitarian architecture of Bangladesh, stated in the Standing Orders on Disaster (SOD) 2019, has created space for increased number of women participation. This increases the potential of implementing WLER approach at national level in Bangladesh in the future.

Furthermore, the demographic dividend that Bangladesh is enjoying due to large number of young people at present can be further utilised to diversify the community engagement. Young people are increasingly engaging in youth-led responses across the country. Their engagement during the COVID-19 pandemic and in recent disaster in Sunamganj to support people at-risk has been quite impressive.

Similar engagement initiatives can further contribute to break other societal barriers, as 50% of total population of Bangladesh are women and 30% are young people. These initiatives are also in line with the Agenda for Humanity 2016, which emphasises on “Full and equal participation by women and girls in civil, political, economic and social spheres and in decision-making must become the standard to which all actors are held accountable in their development and humanitarian programming and funding. Access to livelihood opportunities must be scaled up and expanded. Priority must be given to ensure comprehensive sexual and reproductive health-care services for women and adolescent girls without discrimination.” It also focuses on “Empower and promote the participation and leadership of young people in national, local and international conflict prevention and resolution responses and in the recovery of communities.”

In a nutshell, all these suggest that risk of disasters can be reduced by harnessing the power of people. If women and young people are equipped with timely information, i.e. early warnings and right risk reduction and management skills, disasters can be tackled better. So, while we demand the biggest polluters to #PayForLossAndDamage, it’s high time we as well adopted solutions that are proven to be effective in the context of global south.