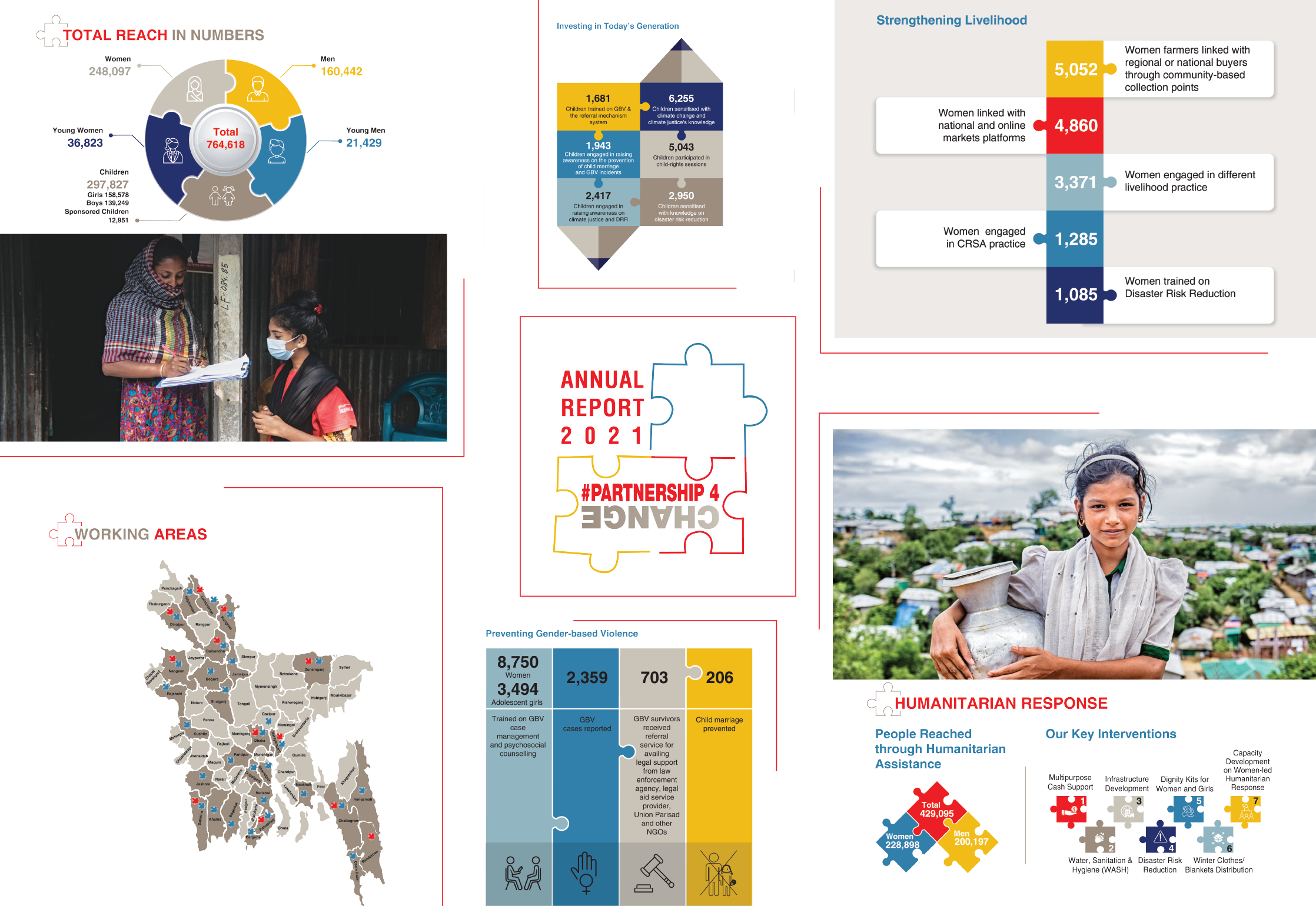 Your trust and confidence on ActionAid Bangladesh gave us the strength to continue working for ensuring a just and sustainable society for all. Our commitment of long-term partnerships for sustainable change shall not waiver. We therefore dedicate the Annual Report 2021 to ‘Partnership 4 Change’.
Read More 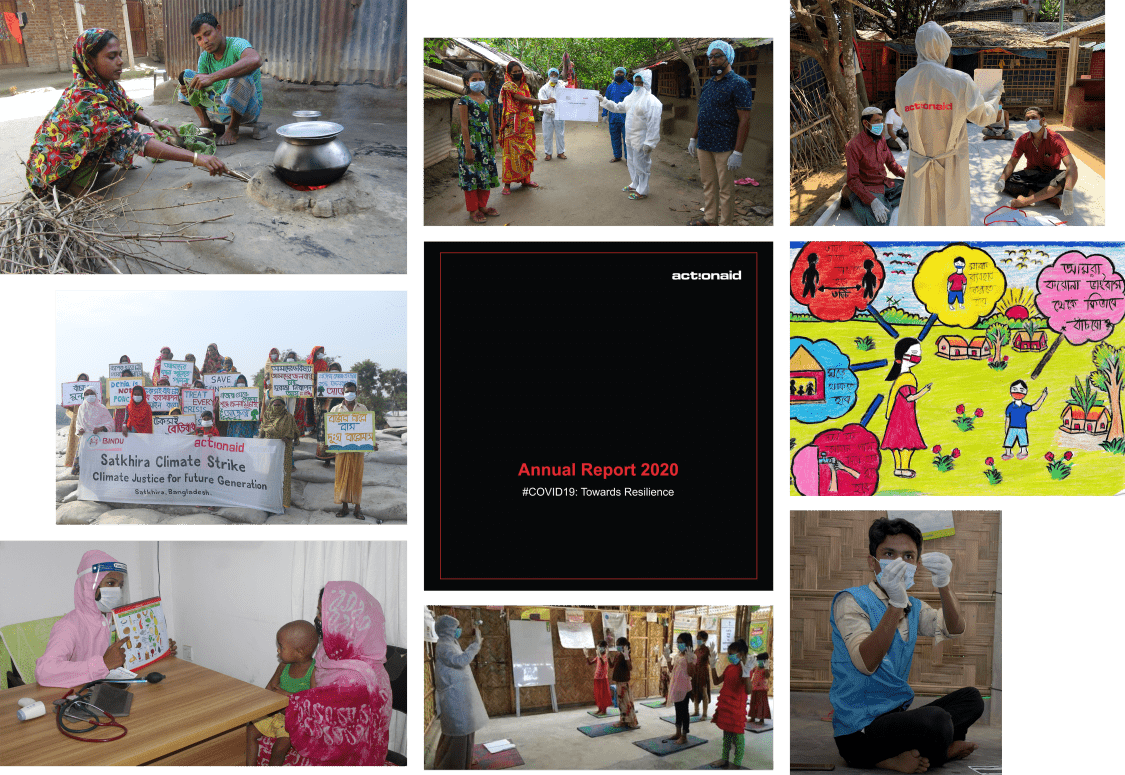 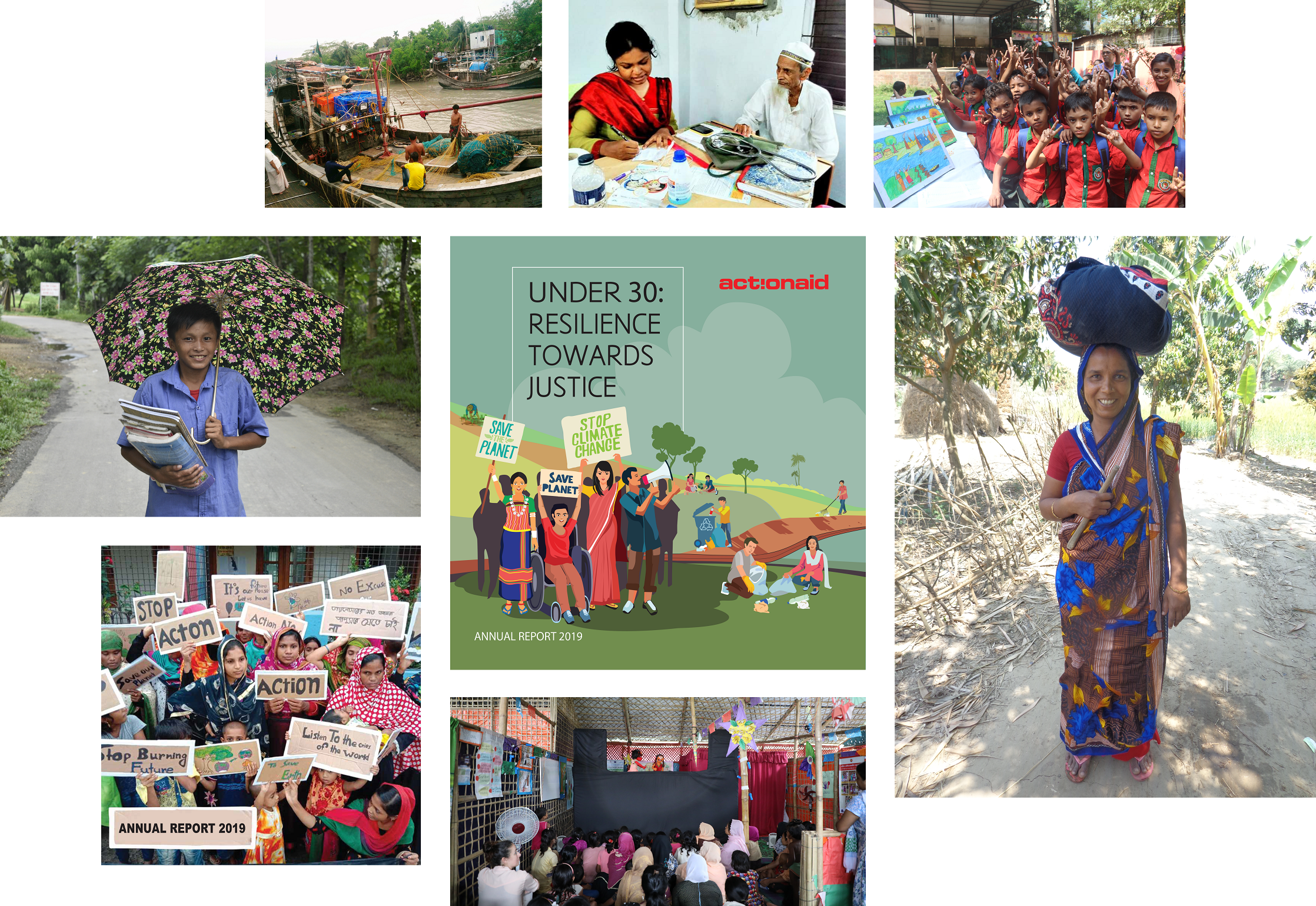 Under 30: Resilience Towards Justice

As part of ongoing policy advocacy campaign for ensuring decent work in informal sector, a national policy and a guideline
Read More 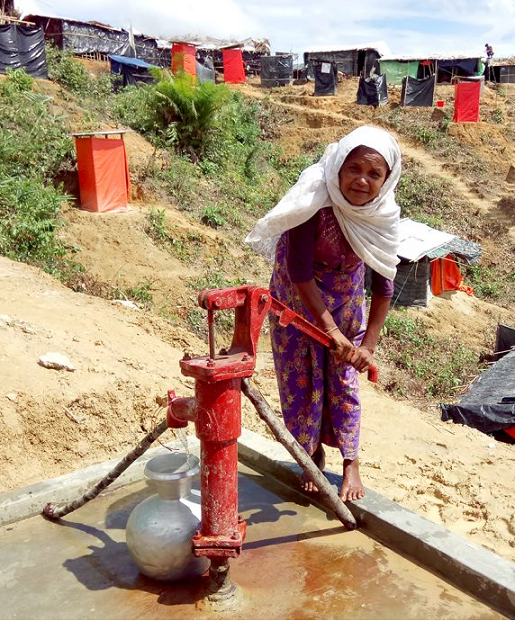 The Annual Report is but a glimpse into the life of ActionAid Bangladesh (AAB). While it is not possible to do justice to the entire gamut of our activities in one report, we invite the reader to a brief tour of our world through these pages. Here you will find highlights of AAB engagements with women, adolescent girls, young people, marginalised communities and grassroots organizations.
Read More 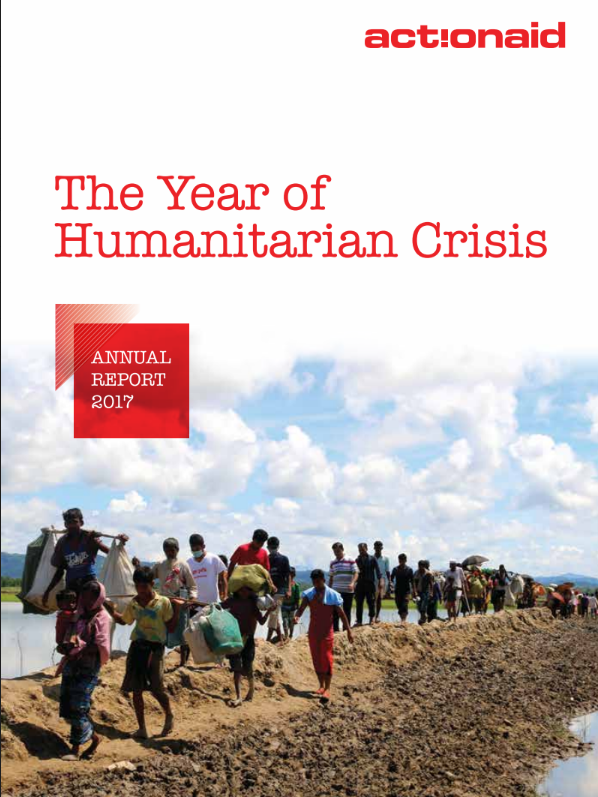 The “Annual Report 2017” highlights all the major events and achievements of ActionAid Bangladesh across all fronts in the calendar year of 2017. The year was a crucial year in relevance to the humanitarian crisis as it witnessed natural disasters such as flash floods and landslides, one after another.
Read More

The annual report of ActionAid Bangladesh of 2015 captures the stories of the youth across ActionAid and its partners in respect to the programme, campaigns, policy advocacy, and solidarity movements undertaken throughout 2015. Community people taking action against poverty and inequality is central to our concerted achievements throughout the year. We saw how alliances were building, social movements paced up and the stories of change influenced our working strategy. In 30 districts, we reached 187,717 people. That’s 37,182 children and 150,535 adults – including 41,702 youth and 1,597 persons with disability who strengthened our fight against poverty and inequality. In 2015, ActionAid Bangladesh partnered with 56 NGOs, 10 INGOs and 27 networks. This is in addition to the 94 CBOs who teamed up to uphold the rights of the people from poor and disadvantaged communities. Annual Report 2015 also entails how the delegation ActionAid Bangladesh took up across the ActionAid Federation for a collective visioning reached the next milestones.
Read More 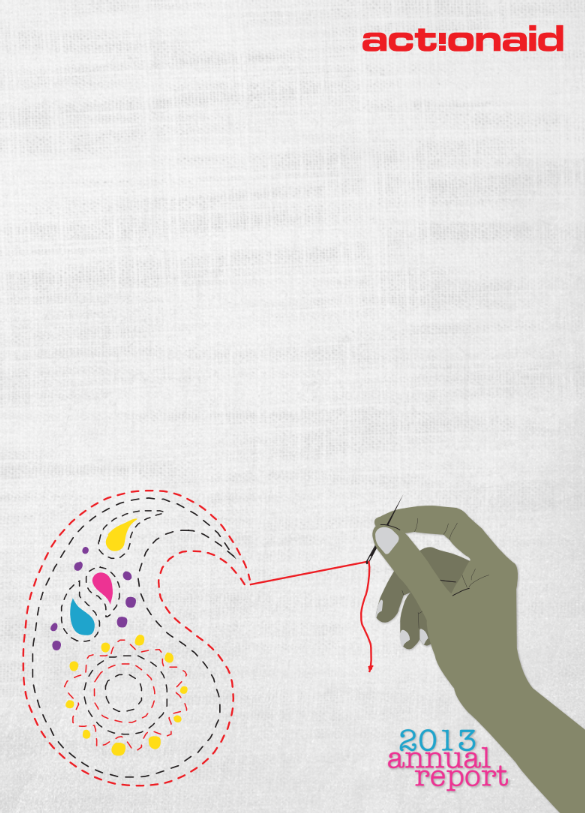 At ActionAid Bangladesh ‘stitching the change’ for rights of people marginalised due to power imbalance and identity politics is the motivation and drive that kept this organisation running for 3 decades. In this report, we attempt to capture the year past with the ‘prouds’ and ‘sorries’, and provide an overview of the work of ActionAid Bangladesh in 2013.
Read More 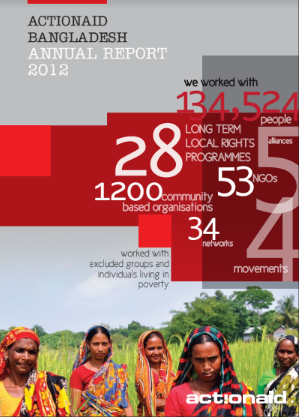 In 2012, we spent a significant time for creating understanding on our new Country Strategy Paper (CSP-IV) and developing programmes in line with the document. Substantial amount of time was also invested in change management process and capacity building of the staff and partners on new CSP and HRBA programming approach. We worked with excluded people and individuals living in poverty and their organisations, movements to build active agencies so that they can lead their own social change process. Our core constituencies were spread across age, sex, location and diverse categories of exclusion. Also, to support people’s action as part of solidarity, we worked with state and non-state actors and institutions.
Read More