We must do more to support victims of flash floods

On my trip to Sunamganj in April, I met 32-year-old Nazma Khatun who spoke to me about her woes: “All of our cultivated paddies have gone under water. Our livelihood, children’s education, food, treatment, and shelter are under threat as we depend on the paddy. We took Tk30,000 as a loan from a Local NGO to cultivate. I don’t know how I will return the loan.” 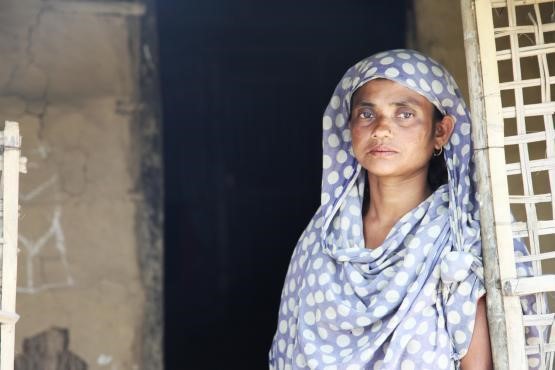 When Nazma was describing the effects of the recent disaster in the Haor, it seemed her future had been destroyed.Nazma lives on government land in Sonapur village, Bishwamvarpur Upazila in Sunamganj, with her husband and four children.The house she lives in is like a small lean house. Fences of the house are fragile and there is no electricity. Every year she and her husband take loans to cultivate the land so that they can survive for the next year. But alas. Flood has washed away their crops and with that their hopes for the future.She said: “Three of my children go to school but now I have to stop their schooling as we can no longer afford it. I don’t know how we will survive. We don’t have food or money. My husband can’t even find work as there is a work crisis going on.”After my conversation with Nazma, her husband, Jamal Mia, wanted to show me the now flooded Haor land where he used to cultivate crops.He said: “This year the water came early and all our cultivated lands have gone under water. I couldn’t harvest a single kilogram of rice. If we got even 15 days, we could have harvested the crops.”Every year people like Jamal Mia catch fish after the paddy sessions as an additional source of income. But this year the secondary option was also lost to them as the floods destroyed the fish population. 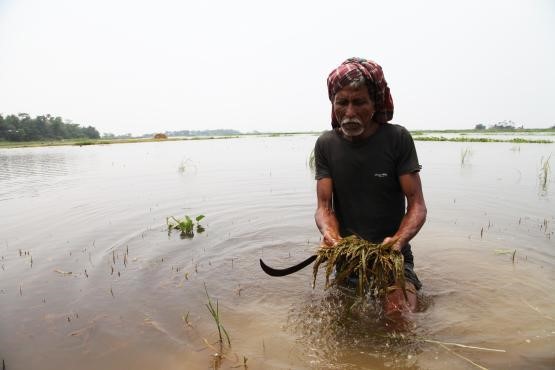 While most of those who lost their crops in the Haor are very poor, the big farmers were also badly affected. During my visit, I made sure to talk to different stakeholders from different classes.Since small farmers and marginalized people depend on the big farmers for livelihood and employment, their suffering will be multiplied.One day I was on my way to Tahirpur to see the affected areas of Sonir Haor, another big Haor in Sunamganj district which is totally affected. There I met Shamsuddin, a big farmer who cultivated 62 bigha (20 hectares) of land in Sonir Haor. He said: “All of my investments have gone under water in one night. I harvest 60-70 tons of rice every year. This year I couldn’t harvest any. 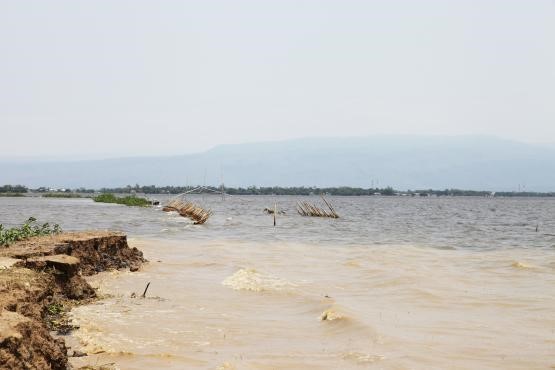 A hundred percent of the crops in Haor areas have been damaged. So, everyone, including the poor and the rich, are in crisis in terms of basic human rights“The water land you see was full of paddy. We tried to save the dam to protect our crops. The dams were too weak to save because the water flow by flash floods and rain in advance was devastating. Crops over hundreds of hectares of land are now under water.” 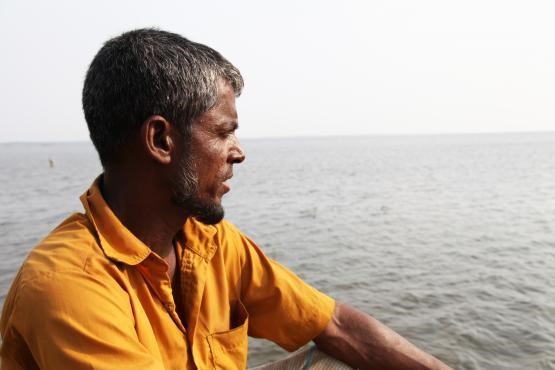 All of the big farmers like Shamsuddin are in crisis now. They can’t even go for open market sale (OMS) rice as they want to maintain their social status.All of the crops in Haor areas have been damaged. So, everyone, including the poor and the rich, are in crisis in terms of basic human rights.The situation is made worse by the fact that people’s basic ingredients for survival have also been washed away. 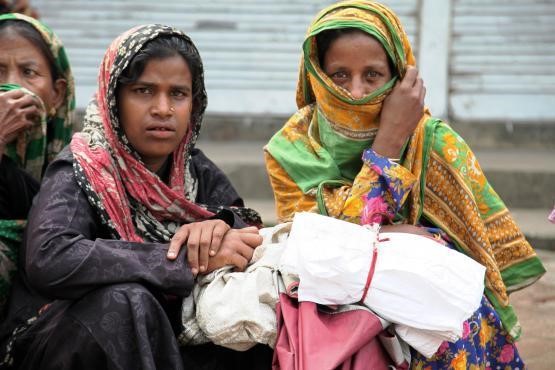 Helping the Haor peopleI think the following issues should be addressed in order to mitigate the loss and damage to the Haor people.First, we must ensure food security through various programs such as Vulnerable Group Feeding (VGF), Cash for Work (CFW), and OMS. Installment payments for all ongoing loans should be halted till next harvest. Fishing can be facilitated as another option of livelihood, perhaps by cancelling all the lease contracts of the water-body so all farmers can use it to catch fish. Zero interest and soft conditional loan for the farmer for next cropping season should be initiated.Apart from those, there are other measures the government can take such as cash for work programs for dam repairing, free medical support and treatment for one year, free mid-day meals at schools to prevent school dropout.While talking to the people of Haor communities, I have come to know that they have not seen such devastating damage nor experienced such staggering loss in the last 50 years.According to the Department of Agricultural Extension (DAE), the damage of standing crop due to the flooding is around Tk20 billion.This flash flood impacted Sunamganj, Netrokona, Sylhet, Moulvibazar, Habiganj, and Kishoreganj which are commonly referred to as Haor basin areas of Bangladesh. It has been already reported that more than 0.4 million hectares of land have been affected along with the partial to complete damage of 17,000 houses. And this is just the short-term loss. If we want to minimise the long-term effects, we must act now.