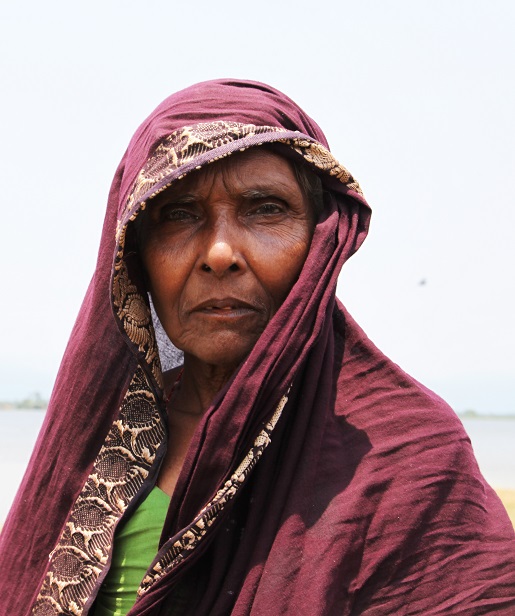 The goal of the FGGII project to build a uniform & comprehensive land acquisition and resettlement policy encapsulated with safeguard measures for foreign investment projects to ensure social and environmental justice. By 2020 the project should create an enabling environment, strengthen capacities of civil society, develop alternative models/processes, setting of agendas, change policies and ensure that practices are changed. 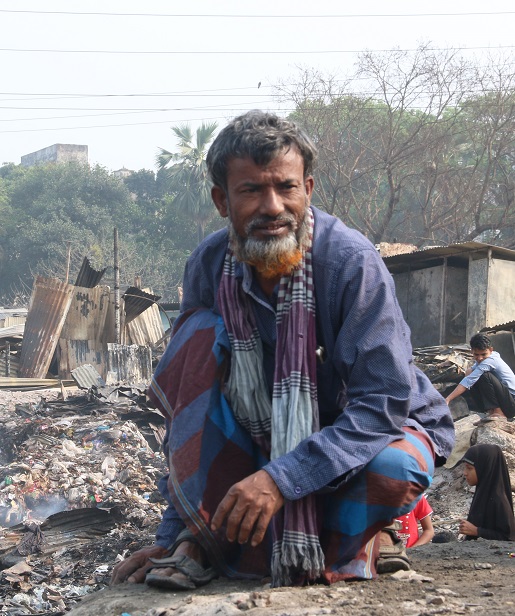 The FGGII project started in January 2016 and will be implemented till December 2020. The project was funded by Ministry of Foreign Affairs of the Netherland government focusing on the areas of Moheshkhali and Cox’s Bazar Sadar, Cox’s Bazar Bagerhat and Rampal upazilas of Bagerhat District and National level research and campaign. The two main objectives of the FGGII is to : To create an enabling environment for civil society and human rights defenders to protect the affected communities from the negative impact of large scale infrastructural development projects and violation of human rights. Advocating for reform in land acquisition, compensation and resettlement related policies, and provisioning for safeguard measures in foreign investment projects.

Creating an enabling environment for civil society and human rights defenders to protect the affected communities from the negative impact of large scale infrastructural development projects and violation of human rights. Advocating for reform the land acquisition, compensation and resettlement related policies, and provisioning for safeguard measures in foreign investment projects.

In the recent years several foreign aided and large-scale infrastructure development projects have drawn the attention of the human rights defenders and environmentalist groups with the apprehension that these projects will negatively affect the life and livelihood of the local inhabitants. Out of those, the 1, 320 MW coal-fired Rampal power plant project and the 1,200 MW coal-fired Matarbari power plant project have ignited controversies over huge land acquisition and its negative impact, both social and environmental, on the local people. A total of 1,834 acres of land has been acquired under the Rampal power plant project in Bagerhat district, right next to the Sundarbans, and 1414 acres under Matarbari project in the coastal district of Cox’s Bazar. Since the inception of the projects the aggrieved community kicked-off protests against land acquisition measures as none of these projects incorporated people’s opinion regarding compensation and rehabilitation. Although the project authorities claimed altogether 534 households (2,563 people) to have been displaced but the activists apprehended that the impact would be much higher than the number. It should be mentioned here that the people living in the project area have developed over time a typical pattern of livelihood comprised of fishing, salt farming, subsistence agriculture, honey collection, forest wood cutting etc. depending on existing ecological set up. Displacement from these project interventions will dismantle this livelihood system and make them vulnerable to unemployment. Besides, the Matarbari project threatens Sonadia Environmental Critical Area (ECA) which is located within 15 km of the project site. This project is also around public settlement and approximate density of 6,667 people per square kilometre This project engages local and national stakeholders such as media, NGOs, local government, environmental activists, human rights defenders, think tanks and global stakeholders such as Global Justice, Both Ends (The Netherlands), Japan NGOs Network for International Cooperation (JANIC), North Eastern Society for Preservation of Nature and Wildlife (NESPON, India) etc . This helps to create an enabling environment for community people to place their demand to concerned authorities in order to secure the rights to land and livelihood of affected community.

Policy Brief on Youth Budget Framework in Bangladesh: An Appraisal 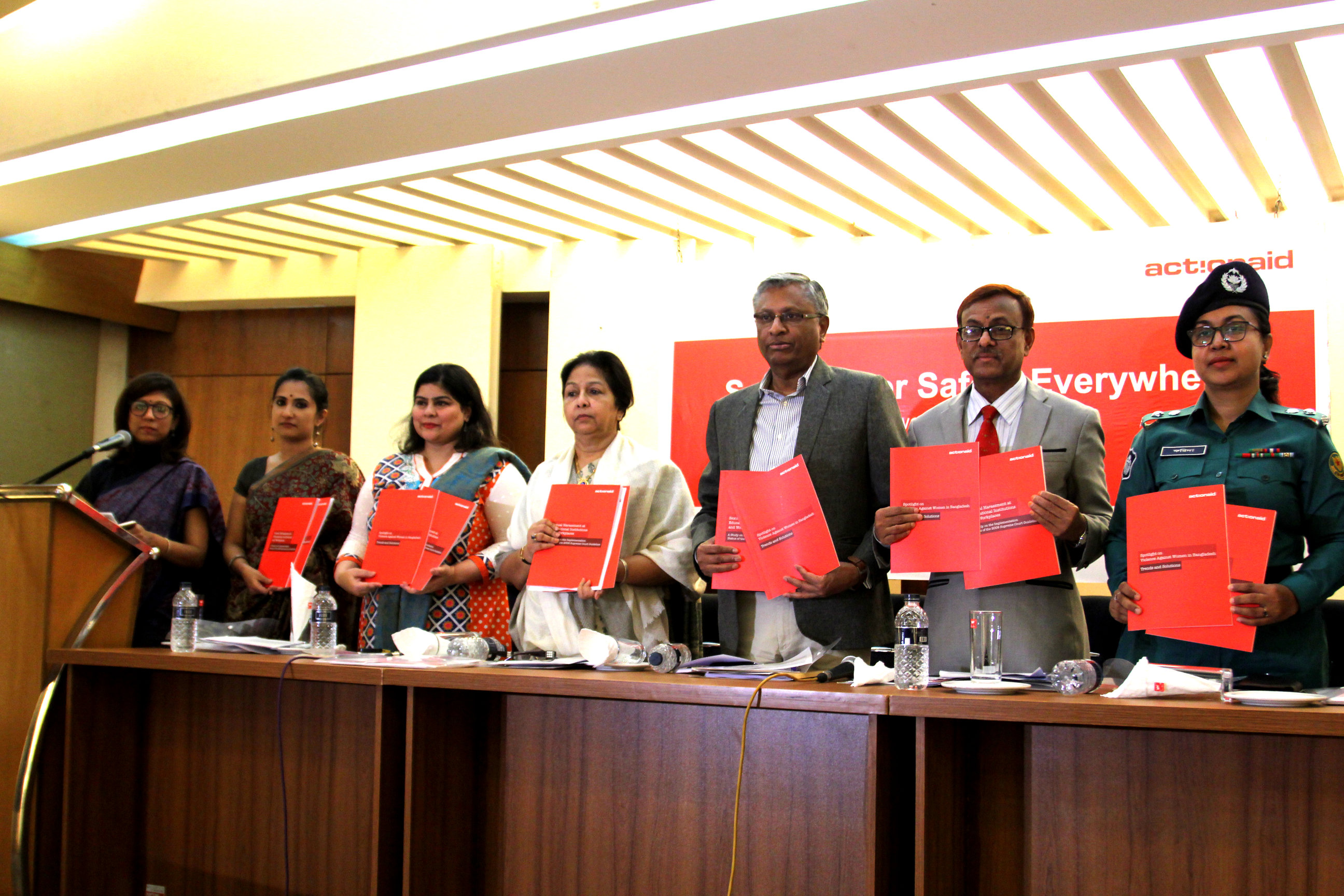 Historically, Violence Against Women (VAW) has been always there, as a prevalent and persistent problem. Women’s safety remains at risk everywhere, whether it is her home, her workplace or the institution where she studies. To bring the spotlight on Violence Against Women in Bangladesh, its trends and solutions, ActionAid Bangladesh has come up with research studies which have been launched this January 17, 2019 at the Bishwo Shahityo Kendro conference room in the capital’s Banglamotor area.
Read More 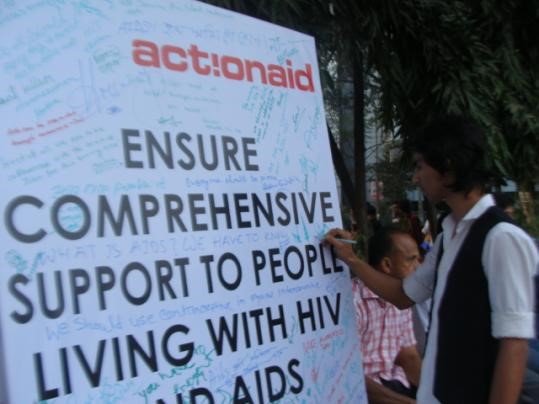 I HAVE A TARGET OF ZERO ACHIEVEMENT

LIVEABLE CITY FOR ALL

With the booming urbanisation and urban population, urban development remains a challenge to address for Bangladesh to ensure standard living conditions for all. To enhance basic living conditions of the urban poor, ActionAid Bangladesh has been working with Urban INGO Forum Bangladesh, a consortium of more than 20 International Non-Governmental Organisations (INGOs). The platform has been working on the diverse issues related to urban development in Bangladesh.
Read More In observation of the Public Service Day 2019, Udayankur Seba Sangstha (USS) organised a seminar at Gomnati Union Parishad in Nilphamari with the support of ActionAid Bangladesh. In the seminar on 23 June 2019, speakers urged to improve efficiency and develop skills of young people through increasing more vocation training opportunities.
Read More Marking the World Refugee Day 2019, GIHA in association with several United Nations bodies, refugee agency and other voluntary organizations organized an exhibition showcasing artwork from women and girls of the Rohingya community living in the Rohingya camps.
Read More 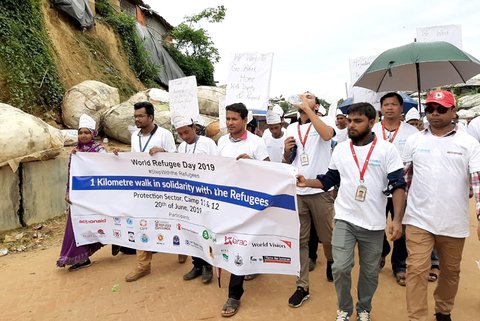 The Rohingya community taking shelter in the camps 11 and 12 of Ukhiya in Cox’s Bazar observed the World Refugee Day 2019 with different activities. The observation ceremony started with a rally followed by tree plantation. Handcraft products, paintings by the Rohingya people were also exhibited in the occasion. The cultural ceremony also included drama and ludu game.
Read More
View More 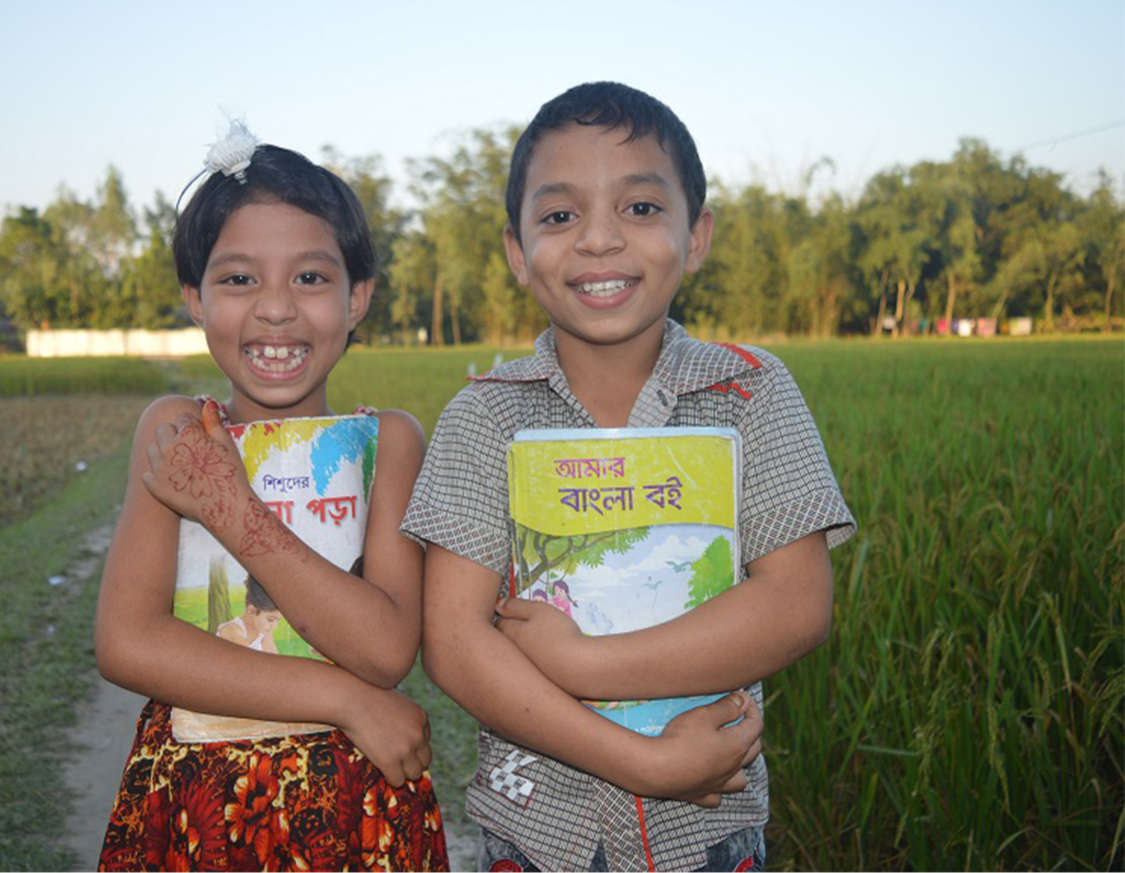 On my trip to Sunamganj in April, I met 32-year-old Nazma Khatun who spoke to me about her woes: “All of our cultivated paddies have gone under water. Our livelihood, children’s education, food, treatment, and shelter are under threat as we depend on the paddy. We took Tk30,000 as a loan from a Local NGO to cultivate. I don’t know how I will return the loan.”
Read More 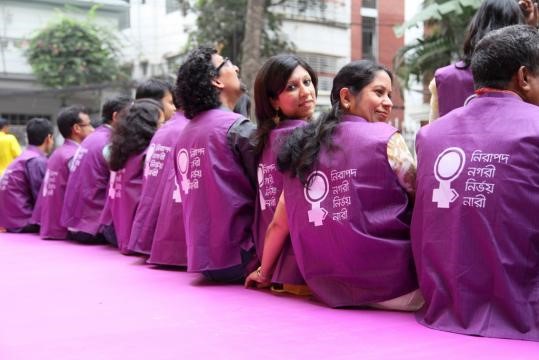 16 DAYS OF ACTIVISM COMING UP

Violence against women and girl is a severe human rights abuse that continues to take place on a daily base all over the word, also in Bangladesh. With interactive theatre performances in different parts of Dhaka, youth happenings, discussion fora, media training and a robust social media presence using #SafeCities, #SafeCitiesBecause and #16DaysofActivism, we call on ending violence against women during this year’s 16 Days of Activism campaign.
Read More 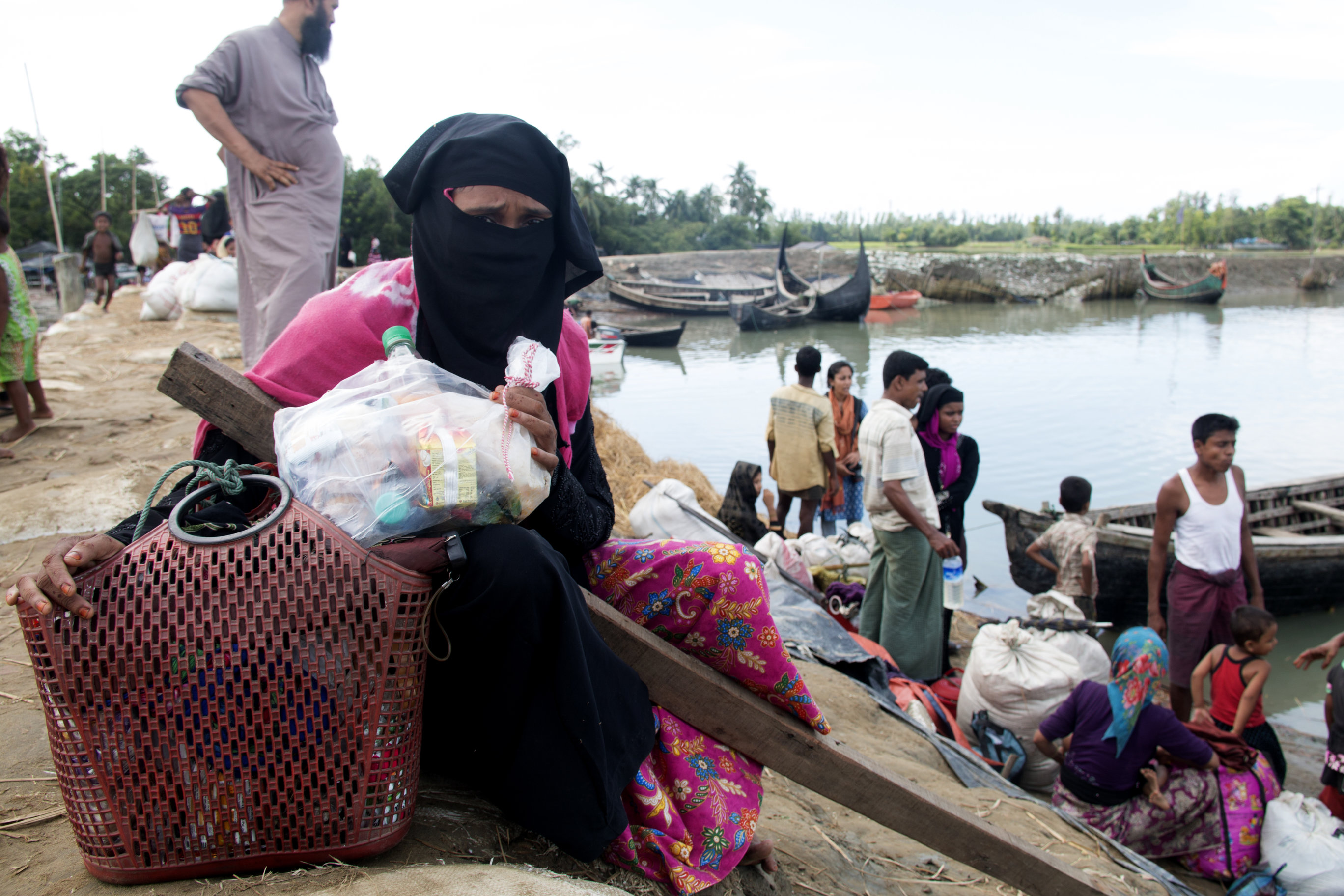 The influx of refugees from Rohingya into Bangladesh is now over 370,000, with the figures rising daily. They are supported by the Bangladesh government, local and international NGOs, and host communities
Read More ROLE MODELS- BOTH ON AND OFF THE PITCH

Brimming with happiness, young Sumona declared, “I play to win”, when she was asked about her heroic performance which led her team, Chanpara Croatia Football Team to victory over their opponents for the day, Chanpara France Football Team.
Read More 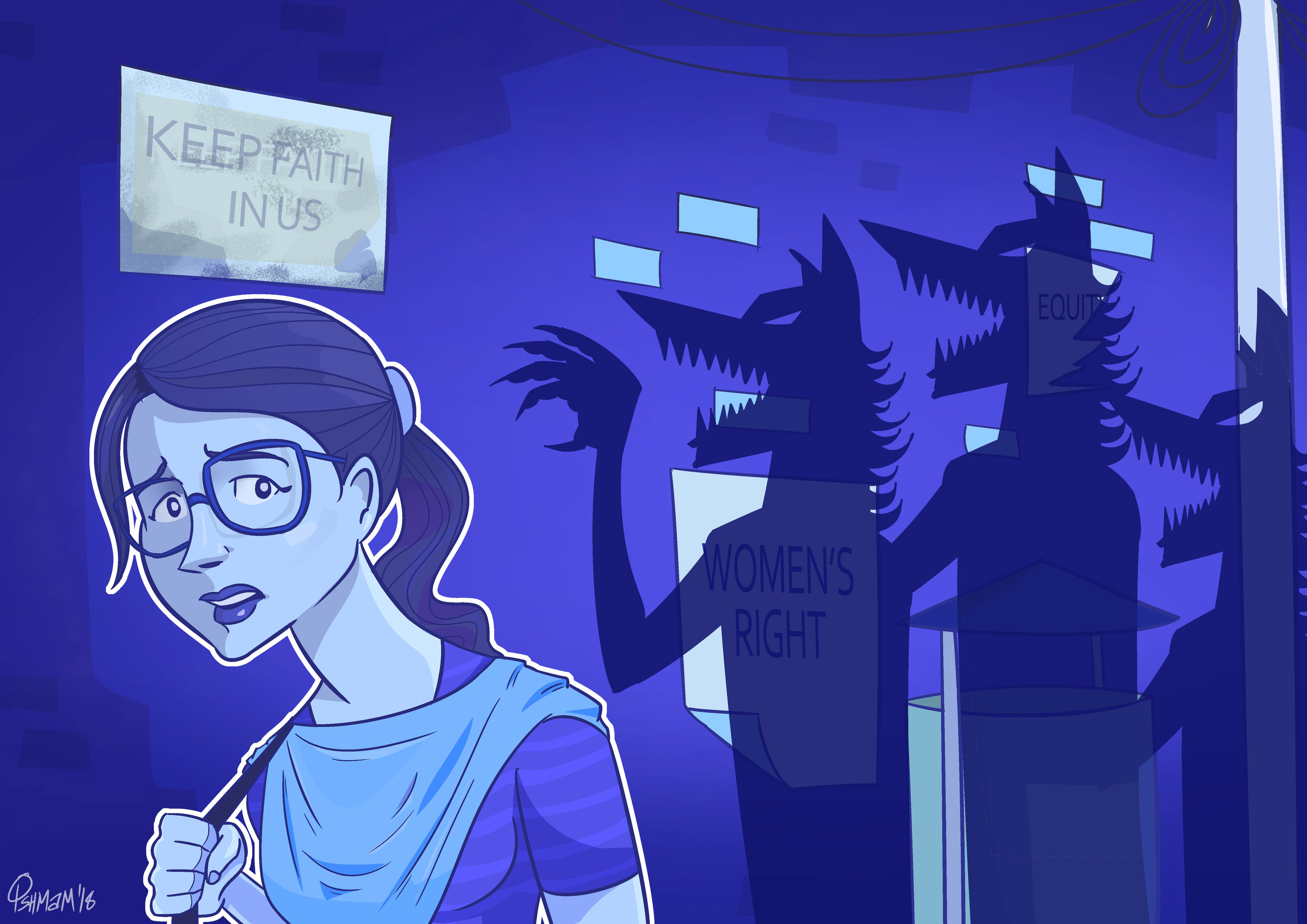 NOT A SAFE CITY FOR WOMEN

As a woman living in Dhaka, one who doesn’t own a car and needs to use public transport services, I must tell you this. Commuting to and back from work is hell. It’s a war; and I do not say this because I have to travel a really long distance, which frankly, I don’t. It’s only about 11 km. It’s also not the fact that there is no direct transportation service from my home to my workplace, that I have to take 4 different vehicles (3 rikshas and 1 bus) and then walk the last part of the distance. These would have been ordeal enough, if I was not faced with something even more terrifying: The sheer hatred of women
Read More
View More

Policy Brief on Youth Budget Framework in Bangladesh: An Appraisal Creating an enabling environment for civil society and human rights defenders to protect the affected communities from the negative impact of large scale infrastructural development projects and violation of human rights. Advocating for reform the land acquisition, compensation and resettlement related policies, and provisioning for safeguard measures in foreign investment projects.
Read More

In Bangladesh, nutrition and SRH care are interlinked problems: poor food intake causes malnourishment, which leads to poor health and poor SRH perpetuates the inter-generational cycle of undernourishment. Deficiencies in nutrition and SRH care result in poor labor productivity and market performance. One of the key factors leading to (women’s) intake of poor nutritional food at home, poor reproductive, maternal and sexual health stems from lack of life skills (on SRH). Thus, poor reproductive health conditions adversely affect women’s ability to participate in activities outside of the home, which in turn manifests itself as their inability to participate in and shape the market.
Read More 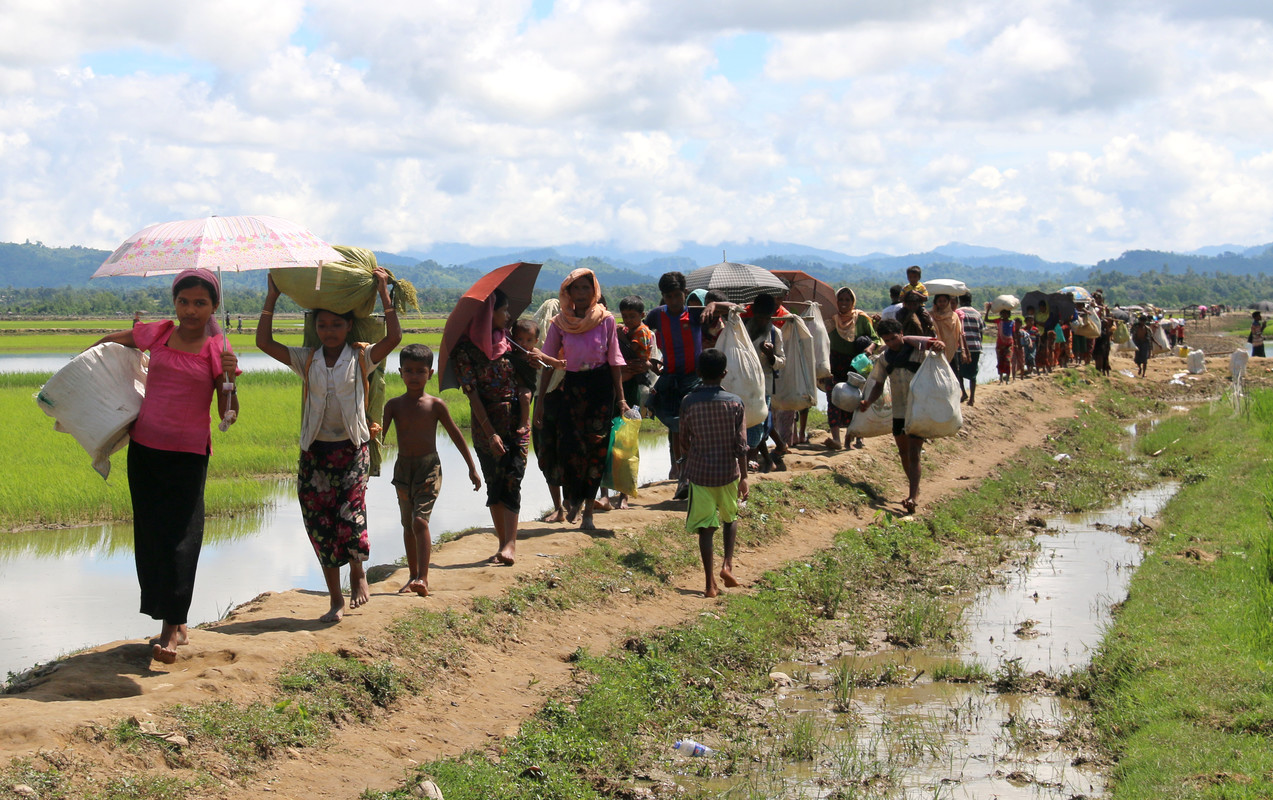